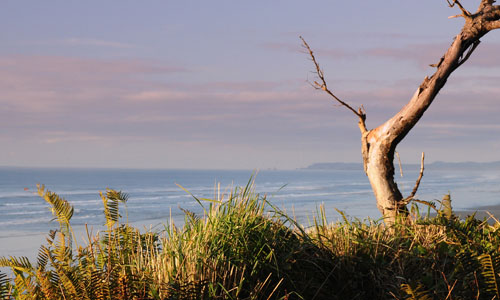 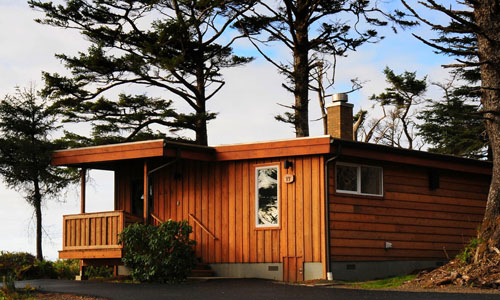 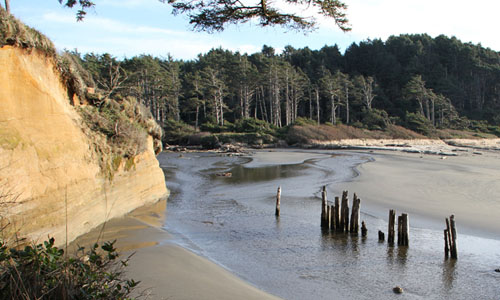 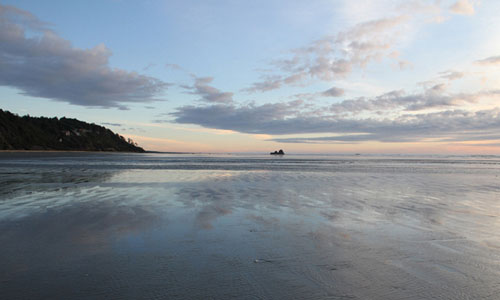 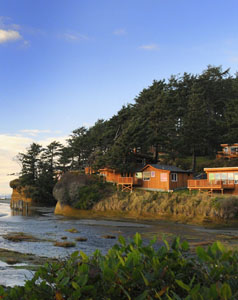 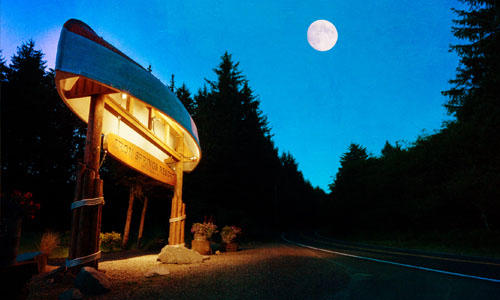 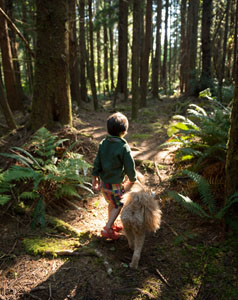 Out on the edge

When you visit Iron Springs these days, it’s hard to believe that it’s been in operation since the 1940’s. What was once a small 8 cabin, one lodge vacation property on the edge of the Pacific Ocean, grew into something special under the dedicated ownership of Olive Little. As the resort became more popular and families brought their kids and grandkids, Olive kept expanding, carefully considering the placement and orientation of each cabin to take the utmost advantage of views while providing a sense of seclusion. At the time of Olive’s passing almost 60 years later, the resort had grown in number of cabins and endless memories of friends and families, getaways and reunions, bonfires and clam digs were made. For several years the resort was in decline until purchased in early 2010 by new owners. An extensive restoration the following summer brought the property and cabins back to their original charm while adding some thoughtful updates. Whether it’s your first visit or your fourteenth family reunion (including the dogs), we hope you feel welcomed here at Iron Springs.

For many years the Copalis Indian tribe, which belonged to the coastal division of the Salishan language family, occupied the area where the Copalis River meets the Pacific Coast between the mouth of Joe Creek and Grays Harbor. Named for the tribe that once called this part of the Northwest home, Copalis Beach has become famed as the "home of the razor clam", and by others as the greatest razor clam bed in the world. An exceptionally meaty shellfish, the Pacific razor clam is one of the most sought after shellfish in the state of Washington. During the fall and winter when low tides occur at night, thousands of clam diggers brave the elements to dig by lantern or flashlight. Because there is a great deal of interest in digging at all times of the year, seasons are set to allow digging during daylight spring tides when there is better weather and during the fall and winter when diggers have to deal with the elements, but not as many clam diggers. Copalis Beach also offers exceptional beachcombing, fishing and an accessible sea stack. At extreme low tide, it’s possible to walk from Iron Springs all the way to Copalis Rock and study the unique purple and orange starfish, anemones and mussels that call this sea stack home. For more information visit the museum of the North Beach for a full history of the area.

So just where did the name Iron Springs come from?

You may have noticed that there are no nearby bodies of water with that particular name. There are however, several legends about our namesakes’ origin. Some locals claim that the name comes from the orange, iron-filled cliffs that line Copalis beach and the iron-filled water of Boone Creek said to provide a medicinal spa destination for what might have ailed you in the 1900s. Others are quite sure that the name comes from an old box spring discovered rusting in the creek around the time Olive Little bought the place. We may never know the true story, but we certainly enjoy gathering the possibilities. If you’ve heard a legend about how Iron Springs got it’s name, please email us at traditions@ironspringsresort.com!

Elton Bennett was a 20th Century American artist living and working in the Northwest. Born in 1910 in Cosmopolis, Washington, Elton Bennett grew up on the Washington coast, attended art school at the age of 36 and by 1956 became a full-time artist making serigraphs or silkscreen prints. He continued working until his death with his wife in 1974 in a commercial plane crash. Bennett chose the silkscreen medium because of his belief that original art should be accessible to everyone. Prints allowed him to produce many original silkscreens at relatively affordable prices. Using silkscreens allowed him to vary the work by changing the colors and recombining or reusing elements to the point where a work was never finished and continually evolving - he could always tinker with it and improve it more. The coast of the Pacific Northwest, the sea, ships, and landscapes that Bennett grew up with and worked among were his primary subjects. People are relatively rare, and almost never the main subject, appearing as silhouettes on shore or on a ship. The subjects also very much reflect the technology of the early period of his life. Tall ships, steam ships and old lumber mills are often featured in his prints. Often the rain and weather of the north pacific coast are nearly as prominent as the main subject. These elements often contribute to a peaceful loneliness in the images. You’ll find many of Elton Bennett’s images throughout the resort: in numerous cabins and over the fireplace in the General Store. An original brochure that Mr. Bennett created for the Iron Springs Resort in the mid-1900’s inspires our hub maps throughout the resort. For more information on Mr. Bennett or to purchase a print, please click here. You may also be able to find your own original in one of the local antique stores.

One of the most unusual features of Iron Springs Resort is the Copalis Beach Airport. The airport is located at the mouth of Boone Creek, and even more conveniently, at the two beach access points for Iron Springs Resort guests. It is the only know beach airport in the contiguous United States and the only stretch of beach in Washington State where it is legal to land an airplane. Open year-round, this airport has some unusual characteristics. On the upside, the clam digging is excellent and the views of the Pacific are divine. On the downside, the runway and airplane parking lot are underwater during high tide. Inaccessible from the road and unusable at high tide, the Copalis Beach Airport is on State Route 109 at Copalis Beach. For more information about this unusual airport, please click here.